According to various e-mail directories, there are at least seventy people named "David Burrow" who use the Internet (though the actual number is certainly higher). There are over one hundred people with similar names on-line.

As far as can be determined from assorted search engines, David Michael Burrow of Iowa has the most comprehensive homepage among the "David Burrows" on the web. The domain "davidburrow.info" is a memorial to a British artist, while "davidburrowmusic.com" refers to a professional percussionist from Oregon.  The domain "davidburrow.com" is currently unused, but for many years it was the site of a realtor from northern California.  Another abandoned site was for a Methodist minister in England.

Other people who share the name "David Burrow" include a mixed martial arts fighter ("The Duke"), a professor of history and international studies at the University of South Dakota, a psychiatrist in Utah, a dentist in Texas, and the Director of Scientific Investigations for the Food and Drug Administration.  A few websites also refer to a Christian writer of the same name.  His book How to Be a Great Camp Counselor is out of print, but still available on Amazon.

Other websites featuring same-named people have come and gone over the years. There was, for instance, an interesting page is by a David Burrow who was a police officer and motorcyclist in Ohio. Also gone is a music professor from New York University, a Russian history instructor from Wisconsin, an aircraft mechanic from Kansas City, a session bassist in Britain, a narcotics officer in Australia, and a man in California who is probably best described as a "beach bum".

There are also several David Burrows (with an "s" at the end). The most distinguished is probably David Nelson Burrows, a professor of astrophysics at Penn State. His works on such topics as supernovas are published widely both on-line and in print. Oddly, Professor Burrows has a brother named John who enjoys writing, just like David Michael Burrow's brother.

Another well-known David Burrows played professional football (soccer) in England. The Coventry Sky Blues paid 1.1 million pounds (nearly $2 million) to acquire his services--more money than David Michael Burrow will probably earn in his life. Until quite recently on-line searches for "David Burrow" gave a huge number of results referring to this athlete, who is nicknamed "Bugsy" by the press and fans.

Among the other prominent "David Burrows" are an Irish sailor, a theatrical designer from London, and a DWI attorney from Houston. A number of other people with this name have had pages that came and went on the web over the years. For a time there was even a character in an on-line science fiction story named David Burrows. He was a surgeon who played golf when he was not working at St. Mary's Hospital. Sadly, Dr. Burrows' fictional biography has been removed from the web, so you can no longer read its amusing variation on the old "purely coincidental" disclaimer. 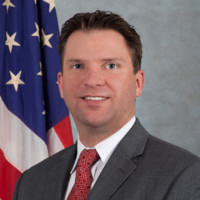 Links to other sites on the Web

NEXT PAGE (Computers & the Internet)

Current Results of a Google search for David Burrow)

If any visitor is aware of other David Burrows (with or without the "s") on the Web, please contact David Burrow below.